- April 14, 2015
The ABA Journal reported on a recent study about lawyer well-being that shows "that lawyers in 'prestige' jobs, who had the highest grades and incomes, aren’t as happy as lawyers working in public-service jobs for substantially lower pay. Judges, however, were happiest of all. 'Prestige' jobs included lawyers working in firms of more than 100 lawyers and those working in areas such as corporate, tax, patent, securities, estate-planning and plaintiff’s tort law. Public-service lawyers included legal-aid lawyers, prosecutors, public defenders, government lawyers and in-house lawyers for nonprofits."

And to reaffirm that money doesn't buy happiness, "[t]he survey of lawyers in four states found that satisfaction of psychological needs—including the need for autonomy and to feel competent and connected to others—is far more important to happiness than external rewards such as money."

Other survey findings include:

• To the surprise of the authors, reported well-being did not vary significantly with the number of hours worked in a week. A subsample of lawyers who had to report billable hours, however, experienced a small decrease in life satisfaction as billable hours increased. Taking more vacation, however, did show a modest correlation with well being.

• Married lawyers were happier than others, as were lawyers with children.

• There was “an almost meaningless correlation” between lawyer well-being and graduating from a higher-tier law school.

• Those who exercised regularly reported greater well-being than others. Practicing yoga and tai chi, however, was not related to well-being. 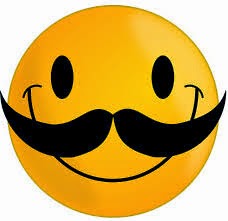