Showing posts from December, 2013
Show all

On Structure In Writing

- December 31, 2013
When I teach Scholarly Writing, I discuss structure heavily -- much like David Brooks. Brooks says, "I tell college students that by the time they sit down at the keyboard to write their essays, they should be at least 80 percent done. That’s because 'writing' is mostly gathering and structuring ideas."

There are many ways to structure an essay or an article, and no one way is correct, which can be overwhelming for some. However, as an instructor, if you give students a few ideas for structure, they will generally find their way.

For example, here is Brooks's approach:
"For what it’s worth, I structure geographically. I organize my notes into different piles on the rug in my living room. Each pile represents a different paragraph in my column. The piles can stretch on for 10 feet to 16 feet, even for a mere 806-word newspaper piece. When 'writing,' I just pick up a pile, synthesize the notes into a paragraph, set them aside and move on to the next pi…
Post a Comment
Read more

Law Libraries Are Here To Stay

- December 30, 2013
Thanks to Law Librarians for posting about this recent paper uploaded to SSRN: Legal Education in Crisis, and Why Law Libraries are Doomed.

From the abstract:
The dual crises facing legal education—the economic crisis affecting both the job market and the pool of law school applicants, and the crisis of confidence in the ability of law schools and the ABA accreditation process to meet the needs of lawyers or society at large—have undermined the case for not only the autonomy, but the very existence, of law school libraries as we have known them. Legal education in the United States is about to undergo a long-term contraction, and law libraries will be among the first to go. A few law schools may abandon the traditional law library completely. Some law schools will see their libraries whittled away bit by bit as they attempt to answer “the Yirka Question” in the face of shrinking resources, reexamined priorities, and university centralization. What choices individual schools make will l…
Post a Comment
Read more

- December 20, 2013
InsideHigherEd reported on a new hybrid program at William Mitchell College of Law. The Law School "has received approval from the American Bar Association to launch a part-time J.D. program that blends face-to-face instruction with online courses. Although the hybrid program marks the first of its kind, experts are split on whether it marks an experiment or a turning point for how legal education is delivered in the U.S."

"The [new] four-year part-time program, meant for students whose location or work commitments prevent them for pursuing a legal education full-time, will mix recorded lectures and quizzes with video conferences and online discussion forums when it launches in January 2015. Students will also be required to complete externships and attend weeklong on-campus simulations at the end of each semester to practice their legal skills."

Lawyers Get Better With Age

A sampling of the books:
Two justices published books in 2013 - Sotomayor’s intimate and inspiring memoir, My Beloved World, and retired justice Sandra Day O’Connor’s wide-ranging collection of court anecdotes, Out of Order: Stories from the History of the Supreme Court.

Two books issued in 2013 take authoritative looks at recent Supreme Court cases. Adam Liptak’s instant e-book To Have and Uphold: The Supreme Court and the Battle for Same-Sex Marriage is excellent, as is Josh Blackman’s Unprecedented: The Constitutional Challenge to Obamacare. Other books about the Affordable Care Act litigation are forthcoming or out, including one by Sen. Mike Lee (R-Utah) titled Why John Roberts Was Wrong About Healthcare: A Conserv…
Post a Comment
Read more

The Problem With Link Rot 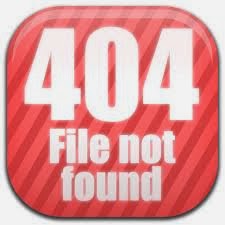 More people are recognizing the issues with link rot that law librarians have known for at least 10 years. The ABA Journal reported on the link rot phenomena and how it is degrading legal research.

As noted, "[t]he World Wide Web is filled with dead ends: hyperlinks that point to webpages that have become permanently unavailable. It’s a phenomenon known as 'link rot.' With the continued growth of the Internet, the amount of such rot has been accelerating, studies have shown, imperiling citation references in academic research and case law. For practicing lawyers, link rot is making it harder to find examples of legal precedent." One judge has gone so far as to say that it is undermining stare decisis.

And this is a continuing problem because "[a]ccording to the Chesapeake Digital Preservation Group, a collaborative archiving program, the average life span of a webpage is between 44 and 75 days. The CDPG [also] notes that important legal materials are increasingl…
Post a Comment
Read more

The legal profession needs to figure out why more women are foregoing the associate track. "It could be because some women are deciding not to pursue law fi…
Post a Comment
Read more

- December 11, 2013
I love this post by Joshua Auriemma about legal research on the databases (in particular WestlawNext). I first saw the post mentioned on Law Librarians, and it's about a topic that I am rather passionate about, so I thought I would re-post here.

Auriemma discusses the difference in legal research when using boolean searching (terms and connectors) versus natural language in WestlawNext.

"I often wonder whether the Googleification of legal research isn’t a terrible thing for the profession (at least in this stage of the technology’s development). In law school, I was a master of Boolean searching. I thought about my research question, figured out which words probably appeared closest to other words, and crafted a narrow and specific search. Somehow, when I became an appellate attorney and had access to WestlawNext through my firm, all of that training went out the window. I got into the habit of assuming the algorithm was better than I was at crafting a search, but the truth i…
Post a Comment
Read more

- December 10, 2013
The National Law Journal is reporting that the ABA is reconsidering its plan to require six credits of real-world training in law school. "Now the council is agreeing to seek public comment on an alternative proposal to bump the requirement to 15 credits of clinics, simulation courses or externships."

"The ABA has been updating its accreditation standards since 2008. The existing standards mandate that students take just one credit of experiential learning. The standards committee initially proposed increasing that to three credits, which CLEA called a 'shockingly insignificant amount of skills training.'"

"The Clinical Legal Education Association (CLEA) has been pushing the 15-credit plan since July. The organization argues that the law lags behind medicine, dentistry and other professions when it come to real-world training.Under CLEA’s proposed 15-hour mandate, students would take at least one class involving a live client. The council’s tentative p…
Post a Comment
Read more

- December 09, 2013
There is a digital library that is making the life of the lawyers in the SCOTUS case, NLRB v. Noel Canning, much easier. "As they prepare briefs in the landmark case, The Constitutional Sources Project (ConSource), along with its pro bono SCOTUSource project at Harvard Law School, is researching and digitizing a range of documents specifically related to Noel Canning.

"The upcoming U.S. Supreme Court argument over the president's power to make recess appointments has sent lawyers and researchers hunting through centuries-old documents for historical evidence to prove just how broad or narrow the power is. As the case nears the argument date of Jan. 13, a main focus of the briefing is the early meaning of the Constitution's recess-appointment clause, which gives the president 'power to fill up all Vacancies that may happen during the Recess of the Senate.'"

"We had to do a significant amount of historical research," said Jones Day partner Noel F…
Post a Comment
Read more

The Death Of The Casebook

- December 05, 2013
The Law Dean's blog recently asked if the casebook is still a necessary tool for law school. With the costs skyrocketing, and each new edition containing only marginal differences, is it really in the students' best interests to continue to require a casebook for class?

From the blog:
"It is 2013, and I (I. Richard Gershon) decided not to use a casebook when I taught Wills and Estates this semester. The casebook I had used for over two decades had come out in yet another new edition, which had a price tag of around $200. The difference between the newest edition and the older editions was pretty marginal.  The authors added some new cases and moved some old materials to different parts of the book. I could have used an older edition, and supplemented my own materials to reduce student costs, but I decided to create and post my own materials on TWEN, instead.


When you consider that a student will take approximately 20 [closer to 30 at my law school!] classes in law school,…
Post a Comment
Read more

The Print Book Is Still Popular

- December 04, 2013
Contrary to popular belief, the print book is still alive and well and popular with the younger generation. According to the NYTimes Bits Blog, "astudy released this week by Voxburner, a United Kingdom-based research firm that tracks how youth consume media, suggests that most British teenagers and young adults aged 16 to 24-years-old prefer physical books over e-books."

Not only is print still popular among the young, "some recent reports have found that the tactile feeling of paper can also create a much more immersive learning experience for readers. Why? Several scientists believe it is neurological."

And "a research report published earlier this year in the International Journal of Education Research found that students in school who read text on printed paper scored significantly higher in reading comprehension tests than students who read the same text in digital forms."

"Most of the 8,651-student net decline in law school enrollments between 2010 and 2012 is attributable to white male law students going unreplaced. White women account for another big chunk of the decline. In fact, of the 7,776 fewer 1Ls entering law school over that two-year period, 6,528 (84 percent) fit into the 'White/Caucasian' ethnic category. For a profession sensitive about a dearth of women and minorities, the idea that white men—and, to a lesser degree. white women—are losing interest in law school might be welcomed as a sign that the legal profession is poised to become more ethnically diverse."

But the author points out that it's not necessarily good news because there is a"decline in graduates from elite, 'feeder' universities applying to law school. At the same time, recent law school applicants tend to have lower LSAT scores than th…
Post a Comment
Read more

Who Wrote The Bluebook? 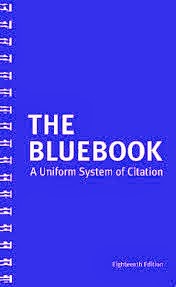 NYTimes had an interesting letter to the editor regarding The Bluebook:

“The Bluebook” is the iconic citation manual that dominates legal writing. Kenji Yoshino reviews Richard A. Posner’s book “Reflections on Judging” (Nov. 10), which notes that the Bluebook was created by the future judge Henry Friendly or the future Harvard dean Erwin Griswold when they were students at Harvard Law School in 1926.

The Yale Law Library, however, has in its rare-book collection a pamphlet titled “Abbreviations and Form of Citation,” issued by The Yale Law Journal in 1921; our copy appears to be the only one in existence. A comparison of the 1921 Yale pamphlet with the 1926 first edition of the Bluebook shows that the Bluebook took most of its content, often word for word, from Yale’s product. Some may say that originating the ­hypercomplicated Bluebook should not be a source of pride, but The Yale Law Journal ur-Bluebook consisted of only 15 tiny pages. The version that has developed u…
Post a Comment
Read more
More posts