Showing posts from April, 2016
Show all

How Libraries Contribute to Student Learning

- April 29, 2016
Barbara Fister over at Library Babel Fish on InsideHigherEd recently posted about   a new report out from the Association of College and Research Libraries summarizing the findings of the second year of a project called Assessment in Action , an ambitious attempt involving over 200 institutions to see how libraries contribute to student learning and how we can measure that contribution. The cumulative findings of these projects are these: Libraries play an important role in helping students survive their first year at college. A number of projects showed that students who received some kind of instruction from librarians in their first year do better in their courses than those who don’t. Students who use libraries tend to stay in college and get better grades than those who don’t. (Of course, these findings tend to be correlation rather than causation. Still, good to know.) Many of the institutions participating found that students benefited when libraries partnered with other
Post a Comment
Read more

- April 27, 2016
We've seen that publishing in open access avenues such as SSRN or an institutional repository result in a higher scholarly impact for articles . But some publishers are reluctant to adopt the model in favor of restrictive publication agreements that protect the bottom line. InsideHigherEd posted about Elsevier's newly established hosting and sharing policy created in 2015. Academic, library and technology organizations are denouncing a new sharing and hosting policy adopted by publisher Elsevier, saying it undermines open-access policies at colleges and universities and prevents authors from sharing their work. Many librarians and open-access advocates, however, see the policy as an attack on institutional repositories, where colleges collect and make available research their faculty members produce. The new policy does not allow authors to share their journal article manuscripts publicly through those repositories, only privately “with a colleague or with an invitation-
2 comments
Read more

- April 26, 2016
Earlier this month, InsideHigherEd released news that Syracuse University announced plans to create a hybrid JD degree. The institution hopes the American Bar Association and New York State will accredit [the program]. The program will be launched in partnership with 2U Inc., which helps colleges take their academic programs online and already works with five other colleges at Syracuse. Students in the J.D. program would receive much of their instruction online but would also take some in-person courses and participate in externships, according to a news release from the university. Legal education has been slow to move online, as the ABA has taken a conservative stance in its approvals. In 2013 it gave William Mitchell College of Law (now Mitchell Hamline School of Law) authority to create a part-time hybrid program. In 2012, 2U helped the law school at Washington University in St. Louis create a fully online master's degree in U.S. law. The law dean at WashU at the time,
Post a Comment
Read more

The Perils Of Censoring Searches

- April 21, 2016
The NYTimes reported that UC Davis spent upwards of $175,000 to have any negative search results about the university scrubbed from Google. After a pepper spray incident at a protest, the University of California David paid at least $175,000 to two public relations firms to suppress the negative search results generated by its name, and the name of its chancellor, Linda P.B. Katehi, according to a report by The Sacramento Bee . The news has caused some California lawmakers to call for her resignation . One of the firms, Nevins & Associates, based in Maryland, said it would “launch an aggressive and comprehensive online campaign to eliminate the negative search results for UC Davis and the Chancellor through strategic modifications to existing and future content and generating original content as needed,” according to its contract, which was obtained by The Bee through a freedom of information request. Under the contract, signed in January 2013, more than two years after the
Post a Comment
Read more

In what is a boon for the concept of a " World Library, " the Supreme Court on Monday  declined  to hear a challenge from the Authors Guild and other writers claiming Google's scanning of their books amounts to wanton copyright infringement and not fair use. The guild urged the high court to review a lower court decision in favor of Google that the writers said amounted to an " unprecedented judicial expansion of the fair-use doctrine ." At issue is a June  decision  by the 2nd US Circuit Court of Appeals.   Google urged the justices to side against the writers because, in the end, their works would be more readily discovered. "Google Books gives readers a dramatically new way to find books of interest," Google's brief  said . "By formulating their own text queries and reviewing search results, users can identify, determine the relevance of, and locate books they might otherwise never have found." With this decline, the Sup
Post a Comment
Read more 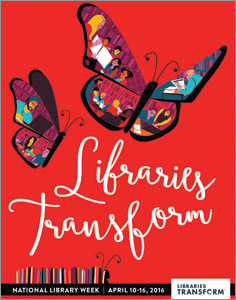 My library is hosting some amazing events for National Library Week . Trivia night with beer and pizza was a huge hit. Thanks to Westlaw, Cali, Lexis, & West Academic for sponsoring and bringing our law school community together! We hosted a law school scholarship reception today to honor faculty and student scholarship. The best event, though, may be the RBG Coloring Contest ! And I am honored that Lexis chose to feature me as a "prominent law librarian" during National Library Week. Happy National Library Week! (Law) Libraries Transform!
Post a Comment
Read more

- April 07, 2016
Ashley Ahlbrand over at the RIPS Law Librarian Blog posted some great information about browser add-ons for legal research efficiency. For anyone unfamiliar with Lexis Views , it is a browser add-on for Chrome or Safari (Firefox coming soon) that allows you to search and access Lexis Advance content while you’re researching on other websites. For instance, if you have Lexis Views activated while running a search on Google Scholar, results from Lexis Advance will also display in your results list. If instead you were reading an article in Wikipedia, a pop up at the top of the screen might tell you that Lexis Views has found a matching document for you. If you like beginning your research in Google (and have a Lexis subscription), Lexis Views could prove a useful tool for getting you to reliable legal information once you’ve used Google to get a preliminary framework for the research topic. Bestlaw is a browser add-on for Chrome or Firefox that integrates into both Lexis Advance an
Post a Comment
Read more

Changes In Legal Employment Patterns Might Give Advantage To Highly Educated

- April 05, 2016
An associate professor of law at Seton Hall Law School has an interesting take on the commentary surrounding legal sector employment stagnation. According to the Census Bureau’s American Community Survey, law firms employed about 90,000 more lawyers and about 80,000 more paralegals in 2014 than at the start of the survey in 2001. At the same time, law firms shed 180,000 to 190,000 legal secretaries, other legal support workers and their supervisors. As a result, [commentators] have mischaracterized a decline in the fortunes for low-skilled support workers at a time of expanding opportunities for highly educated workers as stagnation for all. Law firms have sharply upgraded the education level of their work force, increasing the number of workers with graduate degrees by 100,000 and those with bachelor’s degrees by 30,000. At the same time, jobs for those with one year of college or less have shrunk by 125,000. Those who say law firms are going through “structural change” may b
Post a Comment
Read more