Showing posts from August, 2015
Show all

- August 26, 2015
I appreciated Barbara Fister's take on the recent Amazon expose in the NYTimes.

What strikes me most from the perspective of an academic librarian is that [the expose] is basically the story of contemporary tech capitalism, which has had enormous influence on library culture and higher ed.

Faculty must publish more and gather metrics to prove that they’re not only producing more but in the right places using impact factors, which should never be used to evaluate the value of an article, but hey, it’s a number! It must be true! The anxiety level is ratcheted up as only select faculty from the right programs get prestigious jobs and most teaching is contracted out to underpaid independent creatives.That’s why you don’t get an office. They are only for our star employees, all six of them. New journals have to be launched to handle the overflow of perishable publications, but no problem, we'll just send the bill to libraries. When that well runs dry, we’ll have authors build the cos…
Post a Comment
Read more

Cutting Student Aid Is Not The Answer

- August 25, 2015
The NYTimes published an article today called Too Many Law Students, Too Few Legal Jobs. It's the same critique that we've been hearing for awhile now.
This time the onus was to stop allowing federal student aid to freely flow to law schools - especially the schools at the bottom where the graduates have the worst job prospects. Okay, okay, I understand the idea that if we squeeze the purse strings, the schools will finally be forced to do something.
However, this will have a deleterious effect on diversity in an already fairly homogenous profession. The schools at the bottom are some of the most diverse in the country. And that's not an accident as minorities and low-income students generally lag in being afforded the same resources that (again generally) allow someone to attend a top school - things like not having to work while in undergrad so they can solely focus on grades or not being able to take an LSAT prep course, etc....
We know that legal education is expensiv…
Post a Comment
Read more

The Internet Has A Library-Shaped Hole

- August 24, 2015
David Weinberger, a senior researcher at Harvard University’s Berkman Center for Internet & Society made an interesting observation about the valuable trove of data a library keeps but does not currently make available online. In short, he said, there’s a library-shaped hole in the Internet.

According to Weinberger, this is not just an inconvenience. As they say, if it’s not on the Internet, it doesn’t exist. But it would be tragic if library culture were to fade into irrelevancy. That means libraries should seize the initiative to fill that hole in the Internet with everything they know and are allowed to make public.

Libraries can do this by making their information available to any developer who has a good idea. There are well-established ways of making this happen. Usually, it requires an API (application programming interface), which is like a website where computer programs can request not web pages but pure information. This would enable developers around the world to create…
Post a Comment
Read more

- August 21, 2015
Last year I went on the market and landed a few amazing interviews. I am at a new institution, and I can't help but ponder the transition.

One article that recently struck me is from InsideHigherEd. While the focus is on shedding the grad student persona, many of the tenants rang true for me as I transitioned to a new role at a new institution. The author offered the following advice, in part: Graduate students tend to display the classic signs of submission -- tilted head (ref: your puppy), bowed shoulders, tightly crossed legs, weak and vague hand gestures, a tentative, questioning tone. You have a wimpy, cold-fish handshake. You avoid direct eye contact. Above all, you ramble in an unfocused and evasive way. Few people have all of these traits, but most have some. Square your shoulders, straighten your back, lift your chin and loosen your elbows. Take up all the space in the chair. Make direct eye contact. Do not fuss with your hair, clothes or jewelry. Speak in a firm, level ton…
2 comments
Read more

- August 20, 2015
Everyday we are inundated by articles that pronounce major shifts in perception based on our use of technology.

Once recent article is NPRs announcement that Beloit College's annual "mindset list" is out. It's a series of historical and cultural references that will supposedly bewilder incoming college freshmen. A few facts about the class of 2019: They have never licked a postage stamp.They have grown up treating Wi-Fi as an entitlement.The announcement of someone being the "first woman" to hold a position has only impressed their parents.Kyoto has always symbolized inactivity about global climate change.The Lion King has always been on Broadway.TV has always been in such high definition that they could see the pores of actors and the grimaces of quarterbacks.The proud parents recorded their first steps on camcorders, mounted on their shoulders like bazookas.The therapeutic use of marijuana has always been legal in a growing number of American states.They h…
Post a Comment
Read more

- August 18, 2015
As the fall law-review submission season winds down, it is great to be reminded of some of the practicalities of the submission process.

Here are previous posts on point:
The Art of the Law Review Article TitleThe Art of the AbstractA Well-Optimized AbstractLong Jargon-Filled Abstracts Win Citation CountScholarly Article: Publishing StrategiesPosts with Scholarly Writing tag While all of these posts are helpful for the law-review submissions process, there is still a lot about the process that boils down to timing and luck.
Do not fret about the lack of an offer to publish. Remember to revise and resubmit, and with some 2,000 general and special-interest law reviews out there, there is a good chance that your article will eventually be picked up.
Post a Comment
Read more

- August 17, 2015
My 2015-2016 conference travel plan is due shortly. I came across this list from BIALL that I thought might aid others in their conference planning.

- August 12, 2015
If you haven't visited the Law Librarians of Congress blog In Custodia Legis, you should make a point to check it out.
About: In Custodia Legis is Latin for “in the custody of the law,” a nod to the fact that the Law Library of Congress is a custodian of law and legislation for both the nation and the world.  Our team of bloggers covers current legal trends, developments and enhancements to Congress.gov, issues in collecting for the largest law library in the world, legal history and arcana and a range of international perspectives including New Zealand, the United Kingdom, Israel, Eritrea, China, and Mexico.
While all of the blog posts are great, I particularly appreciate the beginner's guide and research guide series. The Law Librarians have created very helpful guides on a number of topics, including: The Law of Gender Identity and Sexual OrientationLemon LawsConsumer ProtectionHow to Trace Federal RegulationsU.S. TreatiesLandlord-Tenant Law A great resource from true legal-…
Post a Comment
Read more

- August 10, 2015
IBM's Watson is closer to the legal research realm than I initially realized.

According to The Globe and Mail, a class project-turned-startup launched by University of Toronto students that uses IBM’s artificially intelligent Watson computer to do legal research now has backing from Dentons, the world’s largest law firm. Called Ross, the app uses Watson to scour millions of pages of case law and other legal documents in seconds and answer legal questions. Its founders liken it to a smarter version of iPhone’s Siri, but for lawyers, and say it could one day replace some of the grunt research work now done by low-level associates at the world’s top law firms. It is one of several attempts to apply what is called “cognitive computing” to the historically technology-averse legal profession.

And Ross is learning quickly. “It’s early days for sure,” Mr. Arruda said. “But what we are seeing is Ross grasping and understanding legal concepts and learning based on the questions and also gett…
Post a Comment
Read more

- August 07, 2015
NALP recently released its "Selected Findings from the Employment Report and Salary Survey for the Class of 2014."

The good news:
the employment rate for 2014 graduates rose over 2 percentage points compared to the class of 2013, the first increase since 2007the percentage of employed gradutes in JD required or JD Advantage jobs also increased The bad news:
the actual number of jobs obtained by the class of 2014 was actually smaller than that in 2013;  the smaller graduating class size accounted for the increased employment ratebecause the ABA shifted the "as of" reporting date from Feb. 15 to March 15, these results may slightly overstate the success of graduates compared with 2013 The future:
with class sizes continuing to decline, the percentage of graduates finding employment should continue to rise, as long as there is not a setback in the slowly recovering job market I'll take the good news. With LSAT takers up and a positive jobs report, it's a nice cha…
Post a Comment
Read more 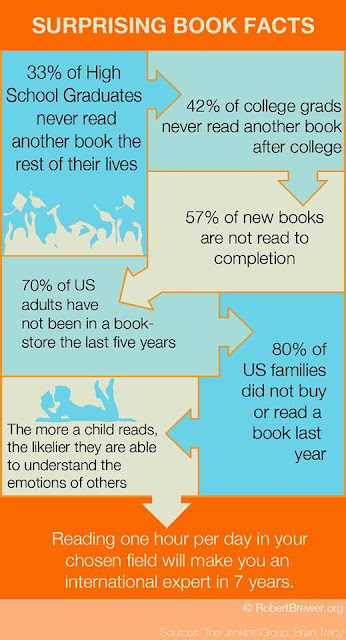 Jurisdictions Use Software To Settle Disputes

- August 05, 2015
Not only are law librarians at risk for automation, it appears that attorneys are also in the mix as some jurisdictions and companies are using software to help resolve personal injury claims, tax disputes, traffic tickets and divorce issues.

One company, Modria, is branching out after developing software to help eBay and PayPal solve customer complaints, the Associated Press reports. Modria’s software is now used in several jurisdictions to help resolve appeals of property tax assessments. Its software is also being used by an arbitration association to resolve medical claims in some types of car crashes, and in the Netherlands to help couples going through a divorce. The divorce software asks couples questions about their children and whether they want to co-parent. Areas of agreement are noted, and suggested values for spousal support are suggested. Areas of disagreement are negotiated, resulting in divorce papers that can be printed and reviewed by lawyers.

- August 04, 2015
Law librarians are just realizing that West has removed the content from many of the state historical codes without notice.

A law librarian from North Dakota mentioned that the flushed content consists of all Michie’s-hosted historical statutes, comprising nearly 15 years of archival content, for that state.

But a law librarian from New Hampshire has stated that the archival content is still available from 1989-present, and it used to be published by a company that eventually became part of Lexis.

It'll be interesting to see the final outcome, but I know how valuable the historical statutes content on Westlaw has been to my research over the last 5 …
Post a Comment
Read more
More posts