Law Library Lessons in Vendor Relations from the UC/Elsevier Split 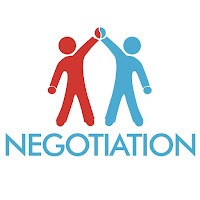 UC's goal of open access is something that every institution should move toward because:

(1) At the same time academic institutions are paying for access to journals, their employees are providing labor to journals for free. AND

(2) journals pay for the research that they publish. In the United States, research funding often comes from government agencies—in other words, from taxpayers. Yet if members of the public tried to read new academic research, they would very quickly hit paywalls. This puts the public in the odd position of having to pay for research twice—first to fund it, and a second time to access its results.

This is an ongoing problem across the country, [as] academic libraries’ tight budgets continue to clash with rising fees for bulk journal subscriptions, dubbed “big deals.” In fact, twenty-two public universities and 18 four-year private nonprofit colleges spent more than $10 million on subscriptions to scholarly journals and other serial titles in 2016-17. Such subscriptions represented nearly a third of all expenditures at academic libraries.

After the UC/Elsevier split, research librarians are giving notice. Librarians are telling their faculty members that something’s got to give. Their budgets are flat, and prices of bulk journal subscriptions — dubbed “big deals” — keep going up.

Flat budgets are a serious problem for libraries. A 2016 survey by the Association of College and Research Libraries showed that 60 percent of libraries had reported flat budgets for the previous five years, and 19 percent had seen decreased funding. On average, the group said, libraries at institutions that grant doctoral degrees spent about 70 percent of their materials budgets on continuing commitments to subscriptions.

Of course, law libraries feel similar constraints. In many cases, vendors are requiring us to move to electronic-content licensing. And we're seeing 10-15% increases year-over-year for continuing commitments to electronic subscriptions. All of this at a time when law library budgets are flat lining or decreasing.

During a recent ABA Site Visit, my law library budget was given additional resources to keep it in line with peer (and peer-aspirational) schools because it had fallen below (thanks to ALLSTaR for the assistance!). At some point during the discussions, it was asked "at what point does the library budget level off?"

Law libraries are also feeling cornered because budgets cannot continue to increase at the current price-indexed rates forever. At some point, something's gotta give.

To that end, as our collections continue to increasingly move electronic, a strong vendor relations and negotiations program will be of utmost importance. We'll have to continue to make important collections decisions keeping in mind price indexing and flat budgets.

As we do this, one thing that we learned from the UC/Elsevier model is that faculty engagement is vitally important.

Keeping faculty members in the loop is crucial because they depend on the work published in . . .  journals to plan and conduct research. Without subscriptions, access is more challenging.

A central part of our job is to provide them with the resources to do their job. If [faculty] panic — they have a right to — we have an obligation to help them understand we will still be supporting their research … we need to engage them to allay that concern as much as we can.
academic administration collection development open access