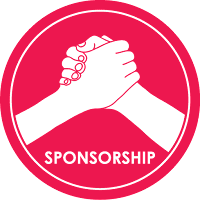 After another session in a longstanding conversation with my wonderful colleague, Alyson Drake, about the state of the profession, she made the brilliant connection that law libraries need sponsors. In the past 5 or so years, there's been quite a bit of discussion surrounding sponsorship for career advancement. You'll find relevant articles here, here, here, here, and here.

While many of the articles discuss sponsorship in terms of individuals, the notion, as well as the need, is similar for law libraries.

So what is a sponsor?
A sponsor is someone who will use his or her internal political and social capital to move you . . . forward within an organization. Behind closed doors, he or she will argue your case. A sponsor has been described as “an influential spokesperson for what you are capable of doing.

And what’s the difference between a mentor and a sponsor?
Mentoring is a gift. A sponsor, on the other hand, is more transactional. . . . A senior person is not going to go out of their way unless you have proven your worth.

How is this connected to law libraries?
Law libraries need reciprocal support from the communities that they support to survive and thrive. Libraries are sustained by people through institutions and society in general because they believe, feel, intuit or think that libraries are important to them, because they have a positive perception of them.

We're currently facing many challenges in law libraries. Most notably, as budgets continue to decrease and are spread across additional competing (valuable) concerns like bar prep and career services, for example, law libraries will continue to get the short end of the stick. The law library's value is in providing substantial support for the primary goals of the law school. But programs that fulfill the primary goals (not merely support them) will be seen as more important.

Law libraries do so much to support the law school and the ABA Standards, but it's easy to forget that support in times of budget shortfalls.

I certainly hope so.

It's easy for me to type that we need to do our best so that these professors see our value and champion our cause. That they might spare some of our budget so that we can continue to provide the requisite support.

It's tougher when we've been doing that and still see cut after cut. And are now expected to provide the same level of support with far less resources.

Hopefully each of us can identify at least one faculty ally to have a frank discussion with about sponsoring the law library. It may be that they haven't given it much thought. When the opportunity arises, we must engage in the discussion to facilitate these relationships.