- March 28, 2017
The most recent edition of The Law Library Journal was released this week, and there's an interesting article by Ursula Gorham & Paul Jaeger called The Law School Library or the Library at the Law School? How Lessons from Other Types of Libraries Can Inform the Evolution of the Academic Law Library in the Digital Age. 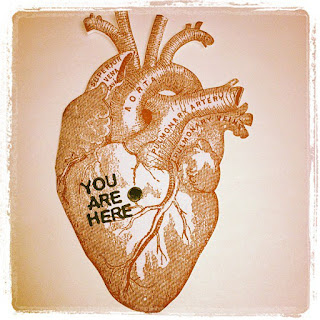 The authors note that [f]or much of their history, law school libraries were routinely characterized as the heart of their law schools. “The law library has always been a core part of the law school with the primary mission to serve the legal research needs of law school faculty and students.”

Within the last 60 years, however, we've seen a huge transition from a focus on our print collections to, more recently, a focus on our services. The importance of the academic law library has long been reflected by its prominent mention within the ABA’s Standards and Rules of Procedure for Approval of Law Schools. The 1960s marked the beginning of the golden age for academic law libraries, with the ABA standards at that time dictating collections’ minimum number of volumes and titles of required publications. Over the next three decades, extensive collection development was the norm for law libraries, with “the number of titles and number of volumes . . . almost the sole criteria for judging the quality of a library.” Recently, however, there's been much less import given to collecting data on our print collections, which signals a dramatic shift in the criteria for judging the quality of the library.

With this transition, we've seen the long-standing claim of "law libraries as the heart of the law
school" challenged in significant ways. Even as modern law libraries have moved beyond the print collection to a greater focus on creative, effective legal research regardless of format, we are still married to the print in most people's minds.

This, coupled with the perceived benefits of the library being further obscured by libraries not counting as factors in law school rankings makes for a recipe of irrelevance.

The articles goes on to mention ways that law libraries can continue to show relevance. [I]t is argued that while librarians are experts in legal research, they have not done enough to claim it as their territory—it is often incorporated into legal writing classes and/or taught by database vendors. By failing to do so, they have made it easier for others to argue for their increasing irrelevance. As experts, law librarians are in the best position to teach effective legal research.