- January 22, 2015
The Internet Guide for the Legal Researcher Newsletter is a wonderful compilation of information about how to research specific areas of law, new sites to be aware of (both federal and state), and alerts about subject-specific materials in the news (intellectual property, First Amendment, social media, libraries, and court cases, for example).

A subscription to the Internet Guide for the Legal Researcher is available through NELLCO.

One of the news clips about libraries in the current issue deals with library perception and sustainability. In an article in 23(6) El Profesional de la Informacion 603 (Nov. 2014), Lluís Anglada, the director of the Department of Libraries, Information and Documentation of the Consortium of University Services of Catalonia uses equations that suppose a quantifiable relationship between the value of libraries, their cost and use, the perception of libraries, and "dysfunctions."

From the abstract:
The evolution of libraries through three stages –modernization, automation and digitization- is analysed. A formula is presented to evaluate the importance of libraries to our society, and it is applied both retrospectively and futuristically, extrapolating a 2030 scenario. The conclusion is that if the current generation of librarians does not introduce radical changes in the role of libraries, their future is seriously threatened.

As noted from the author, "[t]his paper aims to present a reflective exercise on the factors that make libraries interesting and attractive to the society that funds and sustains them."

Ultimately the paper addresses who sustains libraries and why?

"Libraries are sustained by people through institutions and society in general because they believe, feel, intuit or think that libraries are important to them, because they have a positive perception of them. With the aforementioned studies seeking to show the added value of libraries, we can influence the rational thinking of citizens but changing their perception of libraries requires that we address their emotions. But, are libraries really important to people? And how about the professionals who work in and out of them? Yes, we represent a unique point of view regarding information. We are not interested in the results (to get information), but in the process (to help people to find and use it). We do not want just any information (the most used) or only some users (those who can best use it): a library (the organization, not the building) seeks to collect and preserve all information for all and forever (Gorman, 2007). The library is closer to the people than to the document, because it seeks to put information at the service of people by providing tools and skills to be citizens (not lackeys) in a world where access to and use of information can be key elements of success or social exclusion. We believe that society (still) needs the functions performed by libraries (and librarians), but does this make them immediately sustainable? The answer is no. And it will remain so unless we can soon establish a new stereotype of ‘library’ in people’s minds, one that is not based on the physicality of the buildings or books, but focuses on the role of support and assistance in the difficult process of using information and transforming it into knowledge. The creation of perceptions of a library and librarian that are associated with assistance regarding information is a contribution that has not yet been made."

This is an insightful article that quantifies library sustainability through 2030. Anglada's predictions seem likely to occur unless librarians can change public perception.

We know that this is an uphill battle. It's become a "running joke" in libraryland when librarians compare how many times we've been asked what we will do when the world no longer needs books. From a librarian's perspective that question seems almost silly because librarians know that books are still, generally, the most reliable form of information. And there are a lot of factors that keep books "safe" in our eyes. But the public doesn't perceive information that way, and libraries have a lot to lose if we can't change public perception. 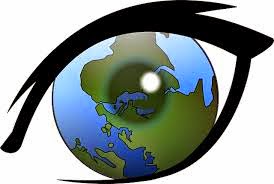