- February 05, 2015
The FCC Chairman, Tom Wheeler, wrote an article for Wired yesterday that outlines his new proposed rules to keep an open Internet.

The over arching theme is that "the Federal Communications Commission (FCC) proposed new rules preserve the internet as an open platform for innovation and free expression."

Wheeler offered an interesting historical context. "The internet wouldn’t have emerged as it did, for instance, if the FCC hadn’t mandated open access for network equipment in the late 1960s. Before then, AT&T prohibited anyone from attaching non-AT&T equipment to the network. The modems that enabled the internet were usable only because the FCC required the network to be open. The phone network’s openness did not happen by accident, but by FCC rule. How we precisely deliver that kind of openness for America’s broadband networks has been the subject of a debate over the last several months."

Wheeler initially thought that existing laws would protect an open internet. "Originally, I believed that the FCC could assure internet openness through a determination of 'commercial reasonableness' under Section 706 of the Telecommunications Act of 1996. While a recent court decision seemed to draw a roadmap for using this approach, I became concerned that this relatively new concept might, down the road, be interpreted to mean what is reasonable for commercial interests, not consumers."

Instead of relying on the "commercial reasonableness" standard under Section 706, Wheeler is proposing that the FCC use Title II authority to implement and enforce open internet protections. "Using this authority, I am submitting to my colleagues the strongest open internet protections ever proposed by the FCC. These enforceable, bright-line rules will ban paid prioritization, and the blocking and throttling of lawful content and services. I propose to fully apply—for the first time ever—those bright-line rules to mobile broadband. My proposal assures the rights of internet users to go where they want, when they want, and the rights of innovators to introduce new products without asking anyone’s permission."

This is great news for supporters of net neutrality. It's wonderful that the FCC responded correctly to the nearly 4 million public comments that demanded the continuance of an open internet. And there are provisions in the proposed rules that will keep the internet open from threats that we can foresee today, as well as undetermined threats in the future. 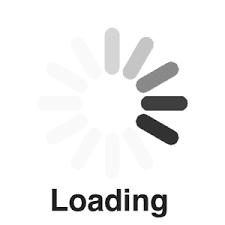