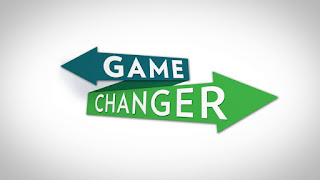 In past posts, I have highlighted the importance of a well-optimized article title and abstract for discoverability. Titles, in particular, are important because researchers often use keyword searching in the title field to find articles that are highly relevant to their research.

Not only is a title important for discoverability, it's also important to catch the attention of a potential reader and up article views and downloads for impact purposes.

Brian Leiter over at the Law Professor Blogs Network recently highlighted a story illustrating how to game the article title to increase downloads.

I have an article with the (admittedly extremely boring) title "Rethinking Assignor Estoppel" coming out in the Houston Law Review. It has been on SSRN for nine months. I have posted about it twice on Facebook and Twitter, and it has shown up in all the SSRN journals. In that nine months it has garnered 982 views and 172 SSRN downloads.

Late Friday afternoon, prompted by some friends teasing me for the boring headline, I posted the exact same article, with the exact same abstract, but with a new, click-baity title: "Inventor Sued for Infringing His Own Patent. You Won't Believe What Happened Next." I did this in part as a joke, and in part as an unscientific test to see how susceptible law professors were to clickbait.

The answer is, quite susceptible indeed. In less than two hours on a Friday night the number of views for this "new" article surpassed the old one. In 26 hours, by late Saturday, more people had downloaded the new article than the old one, even though before downloading you are exposed to the same old boring abstract. And by the end of the weekend, the article had been viewed nearly six times as often as the original and downloaded three times as often as the original.

The article will soon appear in the Houston Law Review under its old, boring title. But it sure looks like titles matter.

Authors would do well to keep this in mind when naming an article. This, coupled with a long, jargon-filled abstract, may just be the key to article impact success.
law review scholarly writing