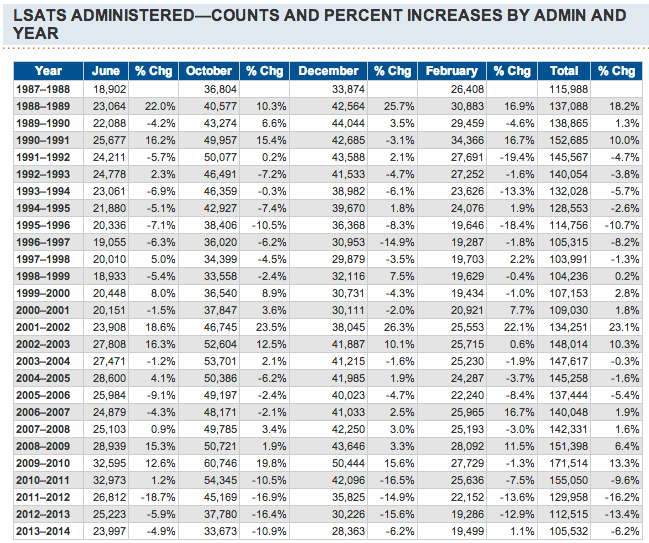 Law schools all hope that this means that the numbers are starting to stabilize. Only time will tell.
law school