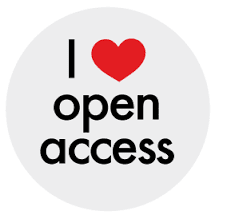 Normally, I am a staunch advocate for open-access (OA) publishing. See previous blog posts on OA here, here, here, here, and here. But with a recent article in the Chronicle of Higher Education (sub. req'd.), it became clear that advocating for OA publishing without mentioning the possible pitfalls is irresponsible.

The CHE article follows the recent demise of Beall's List -- the list created by a librarian to warn researchers about predatory publishers. CHE provides the following possible causes for the demise:


As to the first point, in Mr. Beall’s analysis, journal-subscription costs had been driven up by a variety of economic, academic, and demographic shifts, compounded by the failure of academic librarians to properly manage those shifts. Rather than admit that, Mr. Beall concluded, librarians had joined in unfair denunciations of large subscription-model publishers, such as Elsevier, for reaping unduly large profits. Those librarians essentially adopted a political perspective, Mr. Beall argued, that led them to overlook a chief characteristic of open-access journals — a model in which authors, not subscribers, pay the cost of publishing. That model, according to Mr. Beall, creates dangerous incentives for corner-cutting and abuse.

I take issue with the notion that advocating for OA also somehow means advocating for predatory publishing models. Many librarians advocate for open access because the underlying research is largely funded by public monies, and the resulting articles should be more accessible to the public.

Although I do, now, recognize that the pitfalls of OA publishing should always be mentioned when advocating for OA, along with a link to any "white lists" -- lists that provide approved OA publishers and are presumably less problematic than black lists.

In the scientific world, leading examples of white lists include PubMed's MEDLINE, the journal archive operated by the National Institutes of Health, and the membership lists of the Open Access Scholarly Publishers Association and the Directory of Open Access Journals, all of which use quality criteria to limit eligible journals.

Ultimately, Beall was providing a valuable service, largely on his own time. And he was brave for doing so given the associated risks. Many will be sad to see this contribution fall by the wayside.

Thankfully, in law, we have moved toward a model of broad OA, with many reputable journals (that largely do not adhere to the author-funded model) now making their content widely accessible. For a list of OA law journals, see the American Bar Association's Free Full-Text Online Law Review/Journal Search.
ABA archives libraries open access