A Young Librarian in the Field: Digital Archivist

- February 03, 2017
To go along with a recent blog post on practical considerations for a career is law librarianship, I thought I would highlight a type of librarian that is needed now more than ever. 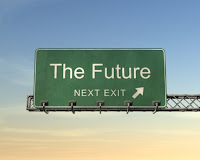 Newsworks profiled a young librarian working as a digital archivist to highlight the librarian of the future. As mentioned in the article, several years ago, Forbes Magazine listed the advanced degrees with the worst job prospects—and a master's in library sciences was No. 1 on the list. Despite that gloomy prediction and some staid image problems, young librarians say their work is relevant in the 21st Century and is as needed now as it has ever been.


Jarrett Drake learned librarianship at the University of Michigan School of Information. He's Princeton University's first-ever digital archivist, which is a librarian who preserves things created on computing devices. His job is to figure out how to safeguard ones and zeros, and to do that, he gets help from a $10,000 machine called "FRED," a Forensic Recovery of Evidence Device. It looks like a big server with a dozen ports on the front. Beside the machine, Drake keeps a stack of cables, FireWires and USB cords to upload documents from just about any kind of computer. The F.B.I. and D.E.A. use the same kind of machine to detect computer crimes. Drake says his library work follows a similar forensic approach. He wants to collect without contaminating. Drake protects documents from bit rot and FRED stamps every file with a digital fingerprint.

Some of the science of the work is giving future library patrons access in some of the same ways that the original users interacted with and experienced the digital information.

This type of library work is increasingly important as technologies become outmoded at a faster pace. If we don't have digital archivists like Drake working to archive and protect digital content from bit rot, there is a real threat of losing out on vast amounts of important data.

To attract people to the profession, we'll need to overcome antiquated librarian stereotypes. "Shushing in the digital age will just get spit on your computer screen."