- February 17, 2014
It's a nice affirmation when one of your childhood heroes (term used loosely) grows up to work in a similar field as an adult. The Goonies (1985) was one of my all-time favorite movies as a kid, and the ABAJournal recently wrote an article about 'Chunk' becoming an entertainment lawyer.

Jeff Cohen, the man who played 'Chunk,' had the great opportunity to work with "legendary film director Richard Donner, who directed Cohen in The Goonies. Donner introduced Cohen to the business side of Hollywood, and Cohen parlayed that introduction into summer jobs at movie studios during college. Cohen discovered that many of the most respected agents, studio executives, producers and managers had law degrees, and he followed suit."

Who knew that the truffle shuffle would take him this far? 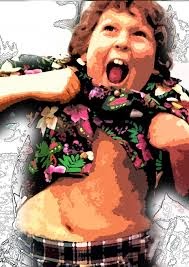