- January 22, 2014
The ABA Journal recently had an article discussing a lawyer's sanctions for a few ill-advised tweets. The lawyer, Sarah Peterson Herr, live tweeted her opinions during an ethics hearing for Kansas Attorney General Phill Kline.

She watched the hearing from her office computer. Among her tweets (which misspelled Kline’s name):

“Why is Phil Klein [sic] smiling? There is nothing to smile about douchebag.”

“I predict that he will be disbarred for a period not less than 7 years.”

Herr lost her job as a research attorney for the Kansas Court of Appeals as a result of the tweets, and she also came under scrutiny for a possible ethics violation.

"A three-judge hearing panel [ultimately] recommended an informal admonishment [for Herr]. The disciplinary panel’s recommendation is the most lenient sanction that can be imposed. The hearing panel cited mitigating circumstances, including Herr's apology, her self-reporting of the possible disciplinary violation, her lack of prior misconduct, her cooperation, and her lack of law practice experience."

We also recently saw the first 'twibel' case. Courtney Love tweeted that "her onetime lawyer, Rhonda Holmes, had been "bought off" concerning a case she wanted to bring related to the estate of her deceased husband, Nirvana frontman Kurt Cobain. The case is the first in the country to go to trial based on alleged defamation in a tweet."

The case is likely to settle out of court, especially since "the Los Angeles Superior Court nixed an argument by Love's lawyers that hasty, opinionated language on Twitter should be interpreted differently than if the same words had been used in a more formal setting."

The moral of the story: be careful what you tweet! 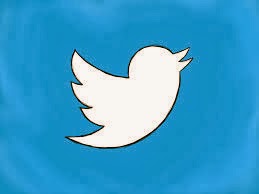